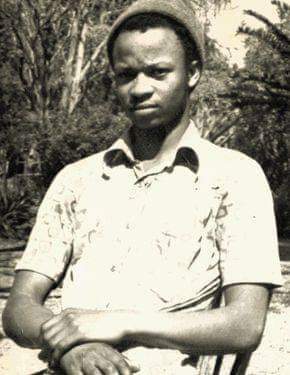 The 1976 youth sacrificed themselves while today’s Youth Sacrifices women!

1976 Youth – I don’t remember 16 June being cloudy and cold like today. It’s always been a sunny day which allowed celebrations and joyful reflections on what the 1976 youth accomplished.

The gloomy and cold weather reflects the situation faced by the country at the moment.

For the past 20 odd years we celebrated the 1976 youth achievements, however today we are confronted by the reality that separated those who fought the system on the ground and those who “fought” the system in exile.

Most of our leaders today were in exile, we all know that a lot happened in exile which was foreign to the struggle; where leaders were accused of living extravagant lifestyles while young people on the ground were fighting the regime and getting killed. Could we say that is playing itself out today?

There are too many similarities with what happened during the struggle of the 1976 youth and what is happening now.

Our streets are decorated with dead bodies of women; during the struggle streets were decorated with dead bodies as well. Leaders lived lavishly while in exile; nothing has changed, they live lavishly today while young people like the 1976 youth are faced with unemployment, economy infrastructure tailored for the selected few. The rest will find their livelihood in the R350.

The selected few attend schools that were prioritized during the apartheid. Those schools dictated the Education Ministry to reopen schools in the middle of a Covid-19 pandemic. While the rest were subjected to the same old shocking conditions in their schools, as long as they wore masks and sanitized.

During the struggle, black people died sudden deaths; subjected to laws that were explicitly against them. They knew that they were marginalized by the system, which made it easy to see the enemy.

Today black people are dying a slow a painful deaths. Subjected to hidden systems that discriminate against them in work places, at shopping malls, in government departments, in recruitment processes, in the economy and in the Education Sector.

During the struggle, women were not even on the list of human species. Today they are hunted and killed like Rhinos.

The only tangible thing achieved for us by the 1976 youth is freedom of movement.

Today’s gloomy and cold weather is a true reflection of the current situation faced by today’s youth.

We have a ministry of youth, women and children; this ministry’s silence is too loud. South Africa has proven that it can pull all stops to fight against the invisible enemy in Covid 19. Our President at some stage wore his army regalia to show that we’re at war.

Well our women face a well known and visible enemy; this is a pandemic, yet no one is going to war against this particular pandemic. The economy does not even have a slight sneeze when an 8 month pregnant woman is stabbed several times and hung on a tree.

Youth of 2020 it’s not the time to twerk for PS5 on instagram; this history page is blank and it needs you to fill it up! Currently evil monsters are filling this page with dead bodies of women. Is this your legacy? When future generations read about you, is this what you want them to know about you? That you killed women, cut them into pieces, put them in garbage bags and threw the bag on the side of the road?

Young boys is this it? Is this our “shine”? We’d rather write this history page using the blood of women as our ink, why?