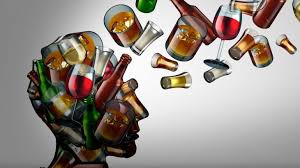 Responsible drinking starts from knowing what you drink.

The subject about learners in Primary and High school consuming alcohol can be taboo in South Africa. Avoiding the subject due to it sensitive nature is not a viable solution either. Therefore Tag My School Magazine will not avoid it.

In our previous discussion we talked about the lack of education which has played a huge role in teenage abuse of alcohol. We also talked about the reaction among community members which in most cases can be viewed as “self-righteous” and in denial of the root cause of the problem.

Therefore we decided to face the truth with regards to alcohol. And that truth is: alcohol will always be part of our lives until curtains close. Condemning the usage of alcohol by teenagers, abuse of alcohol by parents and selling of alcohol to children under the age 18 is like pouring water on the back of a duck (it makes no difference).

Do you remember the Nation’s campaign that encouraged parents to openly talk to their children about sex? We need a similar campaign with alcohol and here is why:

A 2017 study showed that 60% of SA teenagers have been drunk; and those who started drinking before the age of 15 are four times likelier to become alcoholics; while the average age of experimentation in SA is 12, it has been discovered that it is decreasing. I think it’s time we have a conversation.

Education on responsible drinking is key.

The alcohol bar and standard is designed, packaged, signed, sealed and delivered from home to teenagers by adults without knowledge of the activity they partake in. The outcome of their uneducated drinking action is destruction of lives.

Why you should know more about alcohol and who cares? Answer is because knowledge is power and those who love you as well as your victims’ loved ones do care. Kids watching you are learning from you how to drink.

Why do people drink?

There may be various reasons why people drink, however there are two main reasons namely:

People do not have complete understanding of their psychological, social and environmental factors affecting their behavior; therefore motives for drinking may vary between drinking to enhance sociability, to increase power, to escape problems or just to get drunk.

READ  The Pandemic of Leaks in the Matric Exams

Other people use alcohol to avoid unpleasant emotions. While others use it to celebrate social occasions and to have a good time.

What is responsible drinking?

Many people drink alcohol without understanding and thus miss out on enjoying the activity.

Responsible drinking means that you plan where and when to drink, how much to drink and who will be driving. In simple terms it means you never have to feel sorry for what happens while you were drinking!

Step5: It’s okay to skip a drink at a party.

Step6: Drinking must improve social relationships not destroy them.

Step7: ensure that you have a designated driver

There has been a lot of messages telling you to not drink and why drinking is bad for you. It is safe to assume that those messages have often fallen on deaf ears. Human race is the most rebellious and defiant race; therefore “thy shall not” will not work. Education will. I hope that you and your parents can sit down and start a conversation based on this article. Teachers please do start a start a conversation in class.

Telling teenagers how bad drinking is; yet society glorifies through smart advertising and PR, is unwise. Rather let us educate young people so that they can be empowered to be responsible enough not to drink; but should they decide to, it will be responsible drinking.