DBE gets it right this time around! 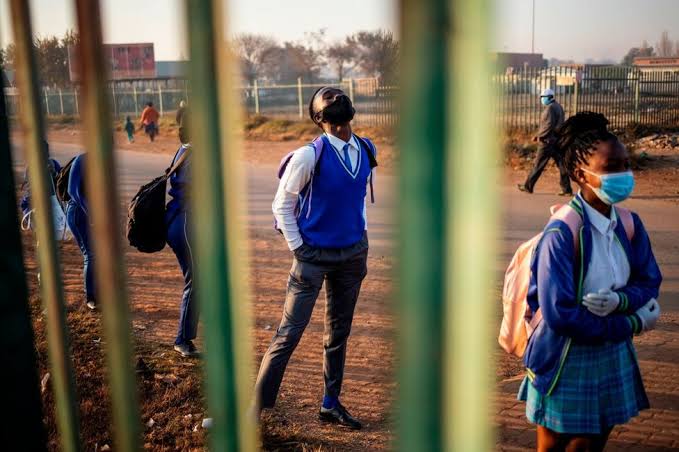 Following the new wave of Corona Virus; DBE Deputy Minister Reginah Mhaule today briefed the media on the decision to delay the reopening of schools.

DBE has prioritized saving lives, which is a much improved approach compared to the last year’s poor response to the pandemic and schools reopening.

There are complains that DBE should have been prepared in order to avoid this delay; unfortunately this delay is the direct result of recklessness handling of the schools reopening last year.

The decision to delay reopening of schools however has been welcomed by all role players within the sector.

E-learning remains the viable option as Deputy Minister indicated the strides that have been achieved in collaboration with the SABC, Vodacom and Telkom. She indicated connection challenges with schools in rural areas.

Some Private Schools have already reopened which creates confusion about the effects of the second wave of the virus on these schools. Deputy Minister said that those schools are being pursueded to follow the DBE protocol because “they operates in the same community as the rest of the other schools”. According to the Deputy Minister consultations with the Private Schools governing bodies are ongoing.

The emphasis on saving lives by DBE has to be applauded. It comes at the back-end of high rate of infections witnessed at schools towards the end of 2020.

Many teachers have since succumbed to the virus, a tough lesson learned by officials at DBE. Questions were asked about the absence of Minister Angie Motshekga from the press briefing.

READ  WHO entangles the D.O.E plans on schools.

According to the Deputy Minister Reginah Mhaule, Minister Motshekga is on sick leave and recovering at home. Could it be that the Minister suffers from Covid-19? It is unknown at the moment.

While schools reopening will be delayed, Deputy Minister assured the nation that Matric results will be announced on time and as planned.

Director General Mathanzima Mweli is on the road monitoring the state of matric marking centers. The DG has displayed decisive leadership in this regard. Putting systems in place to ensure that the spread of the second wave of the virus does not continue wrecking havoc in these marking centers.

The Department of Basic Education has shown determination to serve the sector with due diligence and that is what South Africa expected. There may be a long way to go, but the current attitude by officials gives hope that learners, educators and school support staff are well protected against the virus.

The reopening of schools joke