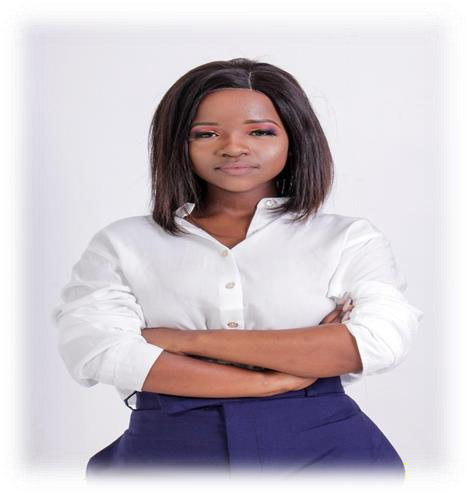 Celebrating her biggest day when she turned 21, she partied with the less fortunate!!

21st birthday impact…….South Africa is irrefutably one of the richest countries in Africa; considering that it produces some of the world’s most sort after minerals and raw materials. However it has one of the most unequal communities in the world.

Unemployment has sky-rocketed during this pandemic. Forcing many families into the sad reality of poverty.

Relief such as social grants by the government is not enough. The cost of living is constantly rising, making it impossible for families to cope.

Young people often run to drugs, alcohol and other reckless behavior in order to escape this horror reality. Unfortunately this leads to unwanted pregnancies and single parenthood for young girls.

But other young people choose to be the difference in their communities.

A dynamic young and thriving South African philanthropist with a great passion for giving back and restoring hope to the hopeless. Ntombozuko prides herself in her selfless endeavors to aid those in need.

Her dependable and munificent demeanor makes her an asset to many communities. She always strives to impact, enrich, and empower a lot of people, particularly those who do not possess the aptitudes, knowledge and means to reach for their own stars.

I seize every opportunity presented to make a difference in someone else’s life with the little I have or can do, I have always lived to shine the light on whatever is worse”

This young patron is the founder of The Hope Foundation as well as an award- winning Mentor, Tutor and Peer Educator with a Financial Accounting qualification from the Cape Peninsula University of Technology and is currently working at Canadian Solar Inc. as a Junior Credit Controller.

On her 21st she decided to honor the Spirit of Tata Nelson Mandela by giving grocery hampers to 21 families.

At the beginning of this year, Ntombozuko Bota was counting her blessings since she was going to reach 21st birthday milestone; she thought of ways that she could show her gratitude to God. The amazing idea to run a grocery drive was birthed, mainly out of altruism and her passion for charity work.

It has always been Ntombozuko’s dream to care for the disadvantaged and vulnerable families with substantial living necessities such as food; she has seen the struggles experienced by people living in informal settlements in her vicinity; thus she decided to make her 21st birthday a remarkable blessing for others.

After many months of training, 24th of June finally came. Other 21st birthdays are marked with parties, hers was marked with a heart of generosity. On this day she embarked on the drive to deliver food groceries to the identified families in Joe Slovo, Blakkiesdorp and Tsunami informal settlements in Capetown Townships.

It took almost a day to reach all the recipient families and deliver the goods successfully. Everyone was in high spirit and it was emotionally uplifting to see the recipients’ delighted faces and hearing them convey their sincere gratitude for this altruistic act done by this young lady.

We have been waiting for the government food parcels and social relief grants for some time now; although we have witnessed and heard some people receiving them, our turn has not yet come; we keep waiting and hoping that it will come; but we have received nothing
thus far and we are so grateful that you came to our rescue.

One of the community members said.

The grocery hampers came at a much-needed time; the country and the world are currently confronted by a pandemic that has led to a nationwide lockdown. Many have lost their jobs, and some can no longer go out to seek opportunities since everyone is advised to stay at home to curb the spread of the COVID-19 virus. This new, restrictive way of living has affected many people.

We are very grateful for this as some of us have been struggling to make ends meet and the pandemic has made matters worse than they were before.

This man also mentioned that his family has also not yet received the food parcels from the government. He is a family man and has been struggling to provide for his children.

I am tired of putting my name down on the government’s list of people to receive food parcels. The officials come every now and then only to collect names, then we never hear from them again. So you guys came I thought you are from government. I am grateful for the gift since we are starving under lockdown.

Concluded the man on crutches.

21st birthday has to be the greatest milestone in any young person’s life.

Turning 21 years old is a new passage in life. She considers this age an ingress to adulthood. She is ready to take on
new responsibilities and to harness her full potential. She considers herself different from any typical 21-year-old because:

I have always lived and strived to make a difference and did everything in my power to be a good example to the world and a torchbearer for young individuals.

This young humanitarian is very grateful to everyone who partook in her journey to make this day a success , to everyone who helped carve her path and nurtured her to become who she is to date. Her advice to anyone who has a dream is that

Nothing is unattainable! Go for it and FAITH IT until you make it!