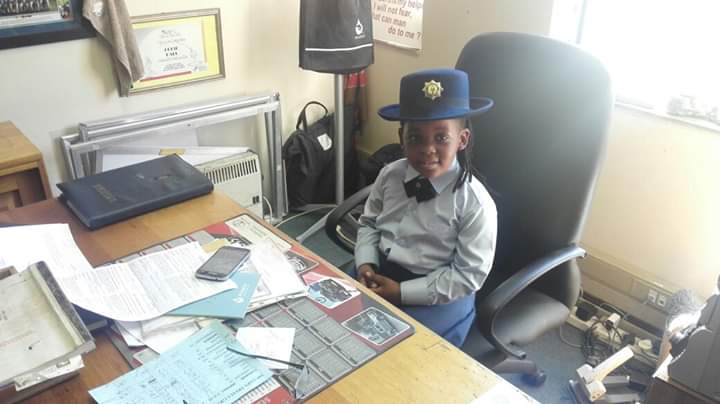 Article and Images courtesy of SAPS.

LUWANDA, a 7-year old from Robert Curuthers School in Witbank today shocked her school teachers and fellow learners when they were asked what they want to become when they grow older.

Her grandma had to knit a blue skirt resembling SAPS uniform as well as a shirt.

Today she was at Witbank station with her granny and professionally saluted officers and left them pleasantly surprised. She told them she’s gonna be the next station commander of Witbank Police Station.

This young woman spoke eloquently with confidence about why she wants to become a police officer saying she wants to teach bad people a lesson and protect South Africa.

See also  I Have Watched My Father.