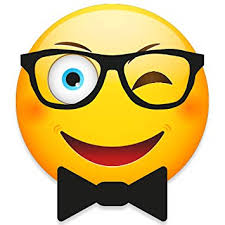 The next decade needs to see that funding into education starts bearing positive results.

Reflecting on the National Senior Certificate (NSC) results for 2019, Sibusiso Lukhele, a social investment specialist at Tshikululu Social Investments, South Africa’s leading social investment manager, says that while there are ongoing challenges within our education system, it is important to celebrate the achievements of the 2019 class.

Another achievement is that the performances of quintile 1 – 3 schools (which cater to the poorest learners in the country) has also improved, with more learners from these schools achieving bachelor’s passes compared to schools in quintile 4 – 5, which are the schools catering to the more affluent areas.

“Challenges still remain though”, Sibusiso says and cites the fact that the actual number of students who wrote the NSC last year declined. In addition, the number of learners enrolling and writing gateway subjects such as Mathematics and Science also decreased in 2019. “The declining number of learners taking these subjects and the decrease in the quality of passes in gateway modules means universities may have to lower their qualifying criteria for STEM (Science, Engineering, Technology and Mathematics), which doesn’t bode well for the country,” he explains.

Corporate South Africa is already playing a critical role in improving the quality of education in the country. In fact, 50% of CSI funding in 2019, which equates to R 5 billion, was spent on different education initiatives by corporate SA. The drive in the next decade should be on impact and ensuring that the funding in education starts bearing positive results. “Of the key improvements that needs to happen is that corporates need to ensure that there is monitoring and evaluation in the programmes they fund and implement,” he says.

Looking at the areas that the government will focus on over the next decade, Sibusiso says that early childhood development is key and that ECD and critical grades in basic education (grades 3 and 6) will become even more of a focus. “The reason why government will spend more resources in these areas is that it will ensure that the development of learners takes place from a younger age and decrease the number of learners who dropout during the 12 years of schooling,” Sibusiso says.

“Early childhood education is critical to the success of a child’s development, we have been getting it wrong as a country over the last two decades and the lack of investment has resulted in a number of young people being in the NEET (neither in education, employment or training) category. If learners are not equipped with literacy and numeracy skills from a young age, then it will be difficult to develop these skills in high school,” he says.

He also says that government will also seek to invest more resources in TVET (Technical and Vocational Education and Training) Colleges so that the country’s skill gap for artisans can be addressed.

The bottom line is that government cannot fix the education system alone. “Corporate SA and NGOs have skills which government don’t. There are a number of partnerships already between government and the private sector which have yielded good results thus far. There has to be an increase in the development of these partnerships in the next decade to improve education in the country. Corporates can also get involved through the continuous upskilling of teachers and education officials,” Sibusiso says.