Inspiring the youth to be goal getters 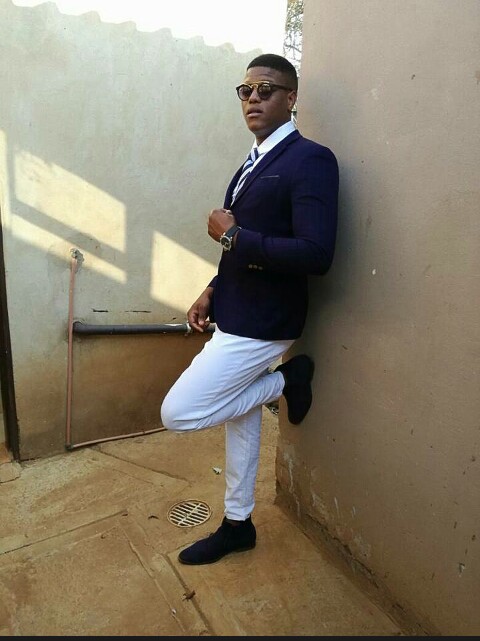 With the saturated job market and shortage of skills as challenges faced by the youth of Mzansi; sticking with your initial dream may pose a challenge since everything hangs in a balance. Growing up we have aspirations of being doctors, nurses, pilots and actors but we sometimes end up in a job rather than having a career.

There is a difference between working and having a career. Most of us end up working low paying jobs such as retail, call centre agents or promoters of which there is absolutely nothing wrong with those particular jobs; but we need to be focused on our initial goals and minimise the chances of straying away and derailing our plans. But then again life happens beyond our control. Yes we have to eat but try not to eat at the expense of your dreams. Be a go getter, struggle, endure and be true to you.

We had a chat with a goal getter and hope his journey inspires you too to keep track and remain on track. Tebogo Nkabinde a driven person who seeks to bring hope and change among his peers through his work and involvement in organisations that do just that. He is a content editor on the popular celebrity news platform EntertainmentSA. Let us hear from him about his life, struggles, highs and lows but most importantly try to be motivated by him and his goals.

Tebogo Nkabinde please introduce yourself to our community of readers.

Tebogo Nkabinde is an author, a poet, a lyricist, a scriptwriter and a researcher on latest trends and celebrities. I am originally from Soweto, but later moved to the township of Orange Farm and spent most of childhood there. I didn’t specifically have any favourite childhood games because I was more interested in books and philosophy.

What shaped you as a goal getter?

My struggles really played a huge role in shaping me as a child. Growing up under an abusive household taught me how to appreciate the little things in life.

How do you occupy your free time?

I have a collection of books at home that keep me occupied. If not, I listen to loud music to help me unwind and refresh my brain.

Necessity, when you have bills that have to be paid and family members who are counting on you, waking up every day become a necessity. If those two things won’t keep you going, I don’t know what will.

Who inspires you to be a goal getter?

I look up to Cassper Nyovest, the guy who is best known for filling up stadiums with entertainment. Just like Nyovest, Tebogo wants to fill the hearts of the hopeless with hope, using literature and poetry.

What are your achievements, if you do not mind sharing?

Tell our readers something interesting about yourself.

I recently found out that I have an aristocratic gene in me. According to my father, we are of royal blood and are supposed to go back home in Mocambique to claim our throne. If we succeed, I am supposed to take my rightful place as the prince of Mwamba village. That’s how go getters do it.

Tell us about your education journey from high school to present days.

I completed my matric at M.H.Joosub Secondary School in Lenasia and after that; I took a year to do some voluntary work in my community. From there, I spent most of my academic years with several organizations, including South Africa’s leading youth empowerment initiative, The New loveLife Trust. During these years with the organization, I received accolades for one of the best Peer Mobilizers, Marketing Strategist, Team Coaching, Programme Implementation, Event and Project Management, Stake Holder Management, and Community Mobilization.

What do you think of the current state of education in South Africa?

The current state of education in South Africa is a worry to me. I was reading a recent Mail & Guardian article that states that 80% of the schools in South Africa could be ‘dysfunctional’. Other newer statistics further suggest that South African pupils lack basic skills and knowledge compared to their peers around the world and that the education standards in South Africa are, in general, very poor. However, there is a big divide in the school system. This makes me wonder if all the lost lives during the 1976 Soweto uprising riots were really worth it. Is this what fallen icons like Tsietsi Mashinini really fought for?

What do you think are the major challenges youth face?

The struggle young people face in South Africa is being lost. A lot of young people don’t really know where to fit in; they don’t know who they are, what they want, and where to get it. As if that’s not enough, they have to face the reality of being trapped in the matrix, being indoctrinated with the Western lifestyle by the media and made to believe that they are worthless without money. That is why today a lot of young people are suffering from depression, anxiety and low self-esteem.

Are there opportunities for young people?

Not really. Due to the elusive statistical nightmare of corruption in our country, young people are snubbed from empowering programmes. Nepotism has taken over and a lot of young, talented people are being deprived of these opportunities because of that.

Now let us talk EntertainmentSA. So the genesis, when and how did you get involved with them?

I joined EntertainmentSA back in 2015 when I was still under the loveLife youth programme/learnership. I was on the panel of organizers for a woman empowerment event and I was introduced to my boss, Tlangelani Manzini, whom I had an interesting conversation with and ended up telling her about my writing talent and experience. To my surprise, she told me she owns a media publication and is in need of a freelancer, I seized the opportunity! I’m a goal getter.

Explain to us your role there and major responsibilities?

That’s going to be a very difficult thing to explain because it includes a lot of responsibilities. However, in a nutshell, the Content Editor is responsible for editing articles, recipes, fact checking, and proofreading while ensuring company procedures are utilized.

What do you enjoy most about what you do as a content editor?

Lol, free incentives and media passes from event organizers. I also enjoy being able to share my views on a larger scale, the digital platform.

What have been your highlights or memorable moments with EntertainmentSA?

When Ciroc Vodka SA partnered with us on their #Arrival moments with Cassper Nyovest and Thando Thabethe. I would receive invites to prestigious Ciroc events with special seats reserved for me and my ‘’team’’.

What do you think of all kinds of media in SA?

I feel that there’s a lot of duplication over originality. People are fighting and tarnishing each other’s reputation to do the same thing. This might not be a popular opinion, but the media in SA is just a bunch of different logos and mottos doing the same thing and calling it ‘’competition.’’

What message do you have for young people with ideas, but do not know how to implement them or where to turn to with their ideas?

The first step you should do when you have an idea is to copyright it. Even if its poor man’s copyright, secure your ideas before you can talk about it. You will come across people in life who will promise to help you build your dreams, but later on steal your idea and make it their own.