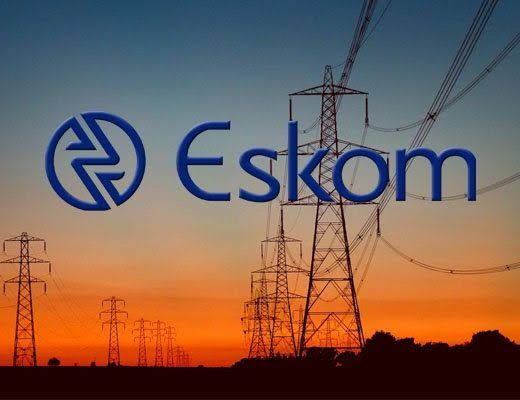 Loadshedding kick started all over the country at just the right time for exams.

Never mind the fact that Small Businesses have paid the biggest prize during Loadshedding; now school children are the next target for Eskom’s black out sessions.

One would have thought a company like Eskom hires qualified individuals with the ability to anticipate potential issues and plan accordingly.

But no, that’s not the case; the timing of the latest blackouts proves that people at Eskom have zero idea on how to anticipate catastrophic events. Let alone putting in place contingency plans.

South African public subjected to constant black outs and loadshedding stages that keep changing at a blink of an eye; a clear sign that people at Eskom lack proactive planning.

On Wednesday Eskom announced Loadshedding which took place on the same day; what happened to anticipating the problem and plan loadshedding a day in advance?

While that is fun and games for Eskom bosses and staff members; it was not so much fun for learners who have started their final exams.

Computer Exams have to be rewritten again!

Close to 700 schools have started with computer exams; however 400 schools were highly disturbed by loadshedding.

Now a new exam has to be created and the rewrite therefore. I know right?

Studying under candle lights is here to stay boys and girls.

South Africans are made to adapt in conditions that take them backwards.

The sad truth is that many learners have prepared themselves for exams. Their minds focused on the challenges ahead which include the prospect of going into varsity.

See also  Looting is the symptom of a deeper problem

Poof electricity gone during an exam.

Not only do you have your books to worry about but you also have Eskom as part of your problem.

My question is: how many can handle both exams and Eskom challenges?

This 4th Industrial Revolution is made impossible by Eskom.

While the world is well within the 4th Industrial Revolution; South Africa is gearing itself for the 4IR; however “happy switcher” at Eskom is here to make sure that your electronics are not charged including your electricity car.

Funny that loadshedding is happening in the beginning of Summer; one would think there’s less usage of electricity compared to Winter; mm?

Silly us for even thinking that Summer means less electricity usage, while December is here and Eskom bonuses must come from somewhere, right?

Yes so 4IR is not going to happen with Eskom as our sole power supply. You want those robbots to explode on the job? Or malfunction during a critical task?

Therefore this is an amazing opportunity for an aspiring engineer/innovator to create a power generating system that can supply electricity to local community.

Get to work you nerds out there, we need you! The current individuals at Eskom are costing us mshana….

Eskom does not have the capacity to deal with electricity demands; which means the market is wide open.

And one is led to believe that Eskom will definitely welcome another supplier or system of some sort.

And so let’s not be saturated in miserable response but rather let’s explore whatever opportunity made available during blackouts.

See also  The D.O.E cracks during the deadly pandemic?

Loadshedding presents an amazing opportunity through its problems.

Learners get your hands on that loadshedding schedule and plan your time around it.

And hopefully someone out there is busy designing a new electricity supply system that can compete with Eskom.