The matric results expose something nasty 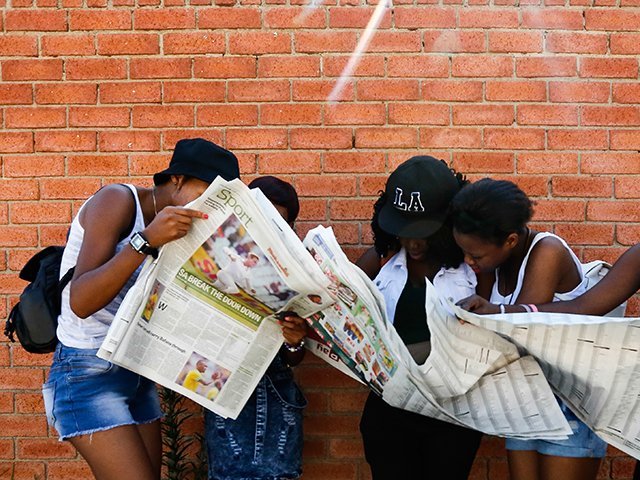 Matric results have been a talking point throughout this week. The Department of Basic Education announced that matric results will not be published on any media and social media platforms; this resulted in a huge outcry from various sectors of South African society.

Those who were delighted by this decision felt that it was a win for mental health, citing the mental pressures faced by matric learners when they did not pass their matric and their names do not appear in the newspaper.

The publishing of matric results in the newspapers is a long-standing tradition in South Africa, but, it has claimed a few learners’ lives through suicide upon realizing that they have failed their matric.

But the learners who have passed their matric, get an opportunity to see their names in the newspaper; the excitement, the atmosphere, the anticipation makes it one of the most exciting schooling traditions.

A lot has changed with this tradition though.

Those in support of this tradition brought up this argument that the learners’ information is concealed by this exam number, therefore the PoPIA is not interfered with when publishing the matric results in newspapers and other social media platforms. They took the Department to court, and the courts agreed; the Department of Basic Education then reversed their decision not to publish the results in the newspapers.

But what about the learners themselves? What do they have to say about this?

“Matric results present us an opportunity to celebrate the milestone achieved by learners; the entire country celebrates and welcomes these learners into adulthood.” Ntandokayise Gumede, a parent.

“They should not stop publishing our results in the newspapers, it is one of the things that make matric unique, exciting and nerve-wracking at the same time” Thando Msomi Grade 11 (2022). “The mental health issue is not caused by the publishing of results in the newspaper, that issue was pre-existing unmanaged before, and sadly shoots up when the learner realizes that they did not pass their matric. It is something that needs to be attended to way before the matric exams and results, because it may be the reason behind the learner’s failure in the first place. Therefore, publishing of matric results may be one of the triggers, but not the trigger for mental health” Anonymous teacher.

In our engagement with learners, it was clear that they desire more inclusion in decisions that would affect them. The double standards by the government are clear, children can decide on their own in sensitive issues such as vaccination or abortion without parental involvement, yet the government makes laws on their behalf without any consultation with the parents or learners.

Matric’s results expose that the Department of Basic Education is a platform where everyone can do as they are pleased, come up with crazy ideas like making condoms available to the 10-year-old kids, and they will not be challenged by anyone because black people are mentally fatigued. This is why it had to be a white organization like Afriforum that challenged the Department in court and won. This means that black people’s fate is in the hands of white people.

Her story, the voice of her generation!!