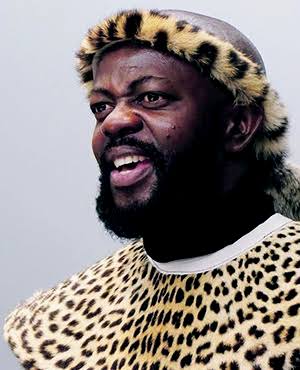 The highly capable men and women in the government have to be applauded for their incredible work in finding the excuse for letting the country burn!

That excuse is Thulani Dlomo a loyal former President Zuma’s Spy. He’s investigated alongside 12 other people for being the driver behind the unrests in the country.

The highly skilled government officials and the security cluster, did not waste any time to get to the root of the problem that has been frustrating masses of poor people in the Townships and Rural Areas. And to fit the ethnic narrative by the President, the South African Media has decided to use an image of Thulani Dlomo in the isiZulu attire, totally negating the statement by the Zulu Nation Prime Minister (Prince Mangosuthu Buthelezi) and the Amabutho (Zulu warriors) leadership distancing themselves from the Former President Protests. But since Daddy of our family meetings said, so it is!

On the leaked ANC NEC meeting audio files, the hard working government officials can be heard blaming one another for not acting early, when the protests began. The meeting broke down into the accusation match, between the ANC Officials. The warnings about these unrests was known by the government even before they took place but those warnings were ignored, this is according to the leaked ANC NEC audio files.

Various members of the community were left to find ways to protect their properties, a situation that quickly escalated to racism as Indian Nationals and White Communities decided to pick up arms and go on shooting spree, burning black people’s shacks, something that could turn into a full blown race conflict.

See also  The country is going to have elections in 2019.

It is true that there are strategic attacks and the people investigated may have planned those attacks, but are we going to ignore the fact that this has been in the making for the longest time?

Those who have lost everything are as much of the victims as those who desperately looted. No one wins at the end of the day. The inequality has caught up with us South Africa. Thulani Dlomo and his crew must not be used as a diversion by the government. Whoever is behind the unrest protests, quickened what was waiting to happen.

This morning the government officials finally crawled out of their holes to feed the people divisive messages. No one of them has acknowledged the real problem.

The situation may finally calm down, and people start to rebuild, but the storm is not over, not by a long shot, we may breath for now, but unless we are honest with ourselves and clearly define the type of leaders that should lead our society with integrity, morality and with a spirit of UBUNTU, then another wave may erupt in the near future.

If we persist with the leadership that is obviously disastrous and cannot take ownership of their failures, if the 13 people investigated can cause such havoc, then we are in deeper trouble then we thought.

Use Thula Dlomo and his co. as an excuse all you want, but if they can do this without being detected in the age of terrorism both in the physical and cyber? We need serious prayers, because we are super exposed as it has been the case recently.

The system used to select leaders needs to completely change. The local political structures are filled with greedy people who are among the “looters” today, these are the same people that will be selected to represent their respective political parties in the upcoming local government elections. These are the people that climb the ladder all the way to the Presidency.

Instead of doing the media parade, the government officials should be engaging the business owners who have lost their property, organize resources to help these businesses cope, provide leadership there! Do it now, the on the ground modelling does not help anyone, it is too late now!

We should have had a statement from the leadership by now, indicating the action by the government to help people that have fallen victim to the unfortunate incidents of late!

We pray for healing and peace, but most importantly we pray for the right leadership, we’re helpless and God has to give us the right kind of leadership.

I have written a book which I believe can form part of our solution to the issue of unemployment:

The looters are not the problem, look closely….

Creating hope for the prevention of suicide

How to effectively reboot SA’s classroom