Where are the girls in our schools and society? 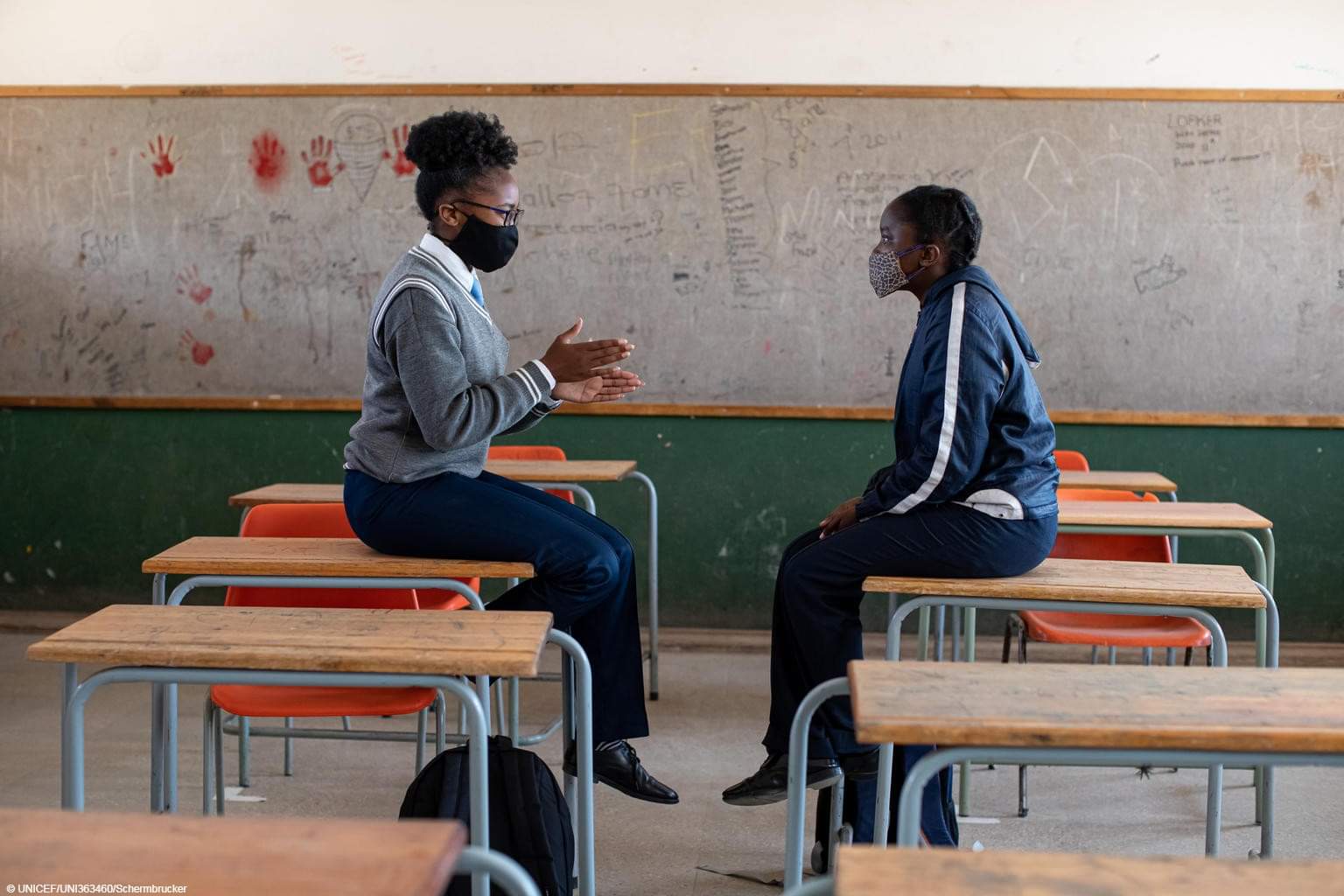 Despite statistics from UNICEF indicating that 180 million more girls enrolled in primary and secondary schools globally between 2015 to 2018, latest findings show that much of these gains have been reversed by the impact of COVID-19.

In fact, a recent article by UNICEF: ‘Where are the girls,’ indicates that even though the global learning crisis highlights deficiencies in education systems around the world, it goes much deeper for girls. As stated by the article: “Girls face multiple vulnerabilities that inhibit their ability to access a basic education: risk of child marriage, early pregnancy, gender-based violence, female genital mutilation, sexual exploitation and child labour.”

The article also demonstrates how these barriers are heightened by crises and that girls are at an elevated risk of dropping out of school. For example, teenage pregnancies increased during the Ebola outbreak, with a high percentage of adolescent girls undergoing first-time pregnancy. In addition, under such circumstances, girls face more pressure than boys to prioritise household and family care, at the expense of their own education.

Experts are no doubt in consensus that these global trends are mirrored locally, as the likes of Kobus Maree, Professor of Educational Psychology at the University of Pretoria was recently quoted saying that: “Even today, the vast majority of black learners still receive little career counselling at school and cannot afford to pay a career counsellor.”

Says Ntombi Mhangwani, Associate Director of Accenture Interactive: “Cultural and social prejudices in communities continue to play a significant role in these inequalities. In a study published in the SA Journal of Industrial Psychology in 2019, one of the female participants, who has defied all those odds and went on to become a metallurgist in spite, stated: “I’m also Zulu, they have this thing of saying that ‘you’re [a woman and] I’m a man
… I cannot take instructions from ‘umfazi, umfaziis’ the Zulu word for a wife, or any woman,” which explains this dilemma quite accurately.”

As we rise up as Voices of Change, they rise

It is in response to this very plight of our girls that Voices of Change has opted to select SOAR! as their CSI programme and 300 books have already been printed and are being dispatched to selected schools. SOAR! for high-school girls is a career, mindfulness and life skills guide that was specifically developed in support of the UN 2030 Sustainable Development Goals (SDGs) that relate to education and gender equality, as well as the United Nations (UN) Women Generation Equality Campaign.

The first focus of the book is to equip girls, but later also to prepare boys for the world that awaits. There are still thousands of our young people that are not equipped to make sensible choices about their futures, just because they do not know what choices they have and what such choices would entail. This book is a guide, a paper-based coach, a mentor, a maternal figure, and a journal all in one, for their own journey and an opportunity for creative self-expression while unlocking their unique potential.

SOAR! furthermore gives youngsters a glimpse of the wealth of opportunities the workplace might hold for them. It includes information ranging from explaining 4IR to highlighting 62 diverse careers, the importance of mental wellbeing to entrepreneurship, personal care, and much more. It also addresses challenges of growing up in the 21st century, including social media risks, bullying, depression and many more life issues. “The intention of the book is that we equip and inspire a new generation in whose hands the future will be entrusted,” says Despina Senatore, the author and publisher of the book.

See also  I Have Watched My Father.

Mhangwani explains that this donation of 300 books is only the beginning, with the intent to distribute it to as many underprivileged girls and boys as possible, over time. She acknowledges that this has, however, only been made possible due to the growth of the Voices of Change movement over the years, and because of the support of our partners. Concludes Mhangwani: “We wish to appeal to every man and woman in business, and in a position of power, to influence to join us as we put all our differences aside and rise up in the true Spirit of Ubuntu, to equip our leaders of tomorrow – to build a more powerful, economically inclusive future.”

A good point-of-departure to get involved, would be to join Voices of Change 2021, a global thought leadership discussion that is set to take place on Thursday, 5 August 2021, from 10h00 to 16h15, South African time. This event has been made possible by all the Voices of Change 2021 partners, which include: Accenture, AECI, AngloGold Ashanti, Aspen, Astron Energy, Business Engage, FNB, Imperial, Life Healthcare, Nedbank, Pfizer, Refinitiv, RMB, Vodacom and Wesbank. For more information or to contribute to the SOAR drive, simply follow this link:

The pleading voice from a place of despair.

Learners from Soweto geared up for Physics

Her story, the voice of her generation!!